How much do you know about your pension’s carbon emissions? | Cushon

How much do you know about your pension’s carbon emissions? 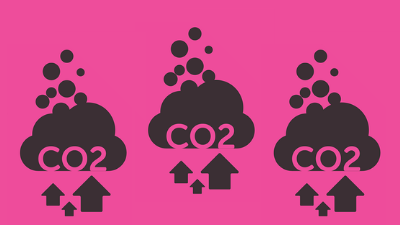 Most of us take for granted the small actions we undertake routinely to ‘do our bit’ for the planet. We recycle, we walk where we can, perhaps cycle rather than drive…but did you know that your pension could be undoing all your good work?

Climate change and savings habits are more closely linked than you’d think, and pensions’ part in this is considerable. In fact, the average UK pension pot finances an average of 23 tonnes of CO2 emissions each year,[1] the CO2 equivalent of 9 family cars, through its investments. That’s four times our personal emissions.  Surprised? Yes, we’re sure you are. Because we recently carried out research which found that most of the population – specifically, 99.5% of employees - have no idea about the scale of carbon emitted as a result of their pension’s investments.[2]

It’s not because we don’t care; it’s just that the extent of the problem is just poorly understood. According to Cushon’s recent research, over 84% of employees are concerned about climate change and 68.6% are specifically worried that their company pension could be investing in businesses that are contributing to climate change.

It’s not all bad news. In 1995, the average carbon emissions per capita in the UK were 9.3 tonnes[3]. Over the last 25 years the population has actively managed to reduce this output to 5.9 tonnes. But – and there is a big ‘but’ – the way we invest our pension pots remains relatively unchanged.

Responding to this issue, we recently launched a world first Net Zero Now pension. In doing so, our members are actively contributing towards slowing climate change and aligning towards a 1.5 degree world. Our fund has a management fee of just 0.15%, offering highly competitive returns without sacrificing performance.

Former UK Pension Minister Baroness Ros Altmann CBE, has been following the issue carefully. Commenting at our launch, Ros said, “It is about time we put people's pension savings to good use in the battle to protect our planet and knowing their money can help long term sustainability will encourage more people to feel proud of their pensions.”

Our Founder and CEO, Ben Pollard, agrees. “Anyone who recycles is concerned about the world we live in and protecting it for future generations. For employers, choosing to use a climate-friendly pension provider is minimal effort and saves the CO2 equivalent of 27 years’ of recycling each year.

“Our research shows that we are concerned about how our pensions are adding to the damage done to the planet, but there is very little information available to pension members. Employees are calling for more information and more control. The pensions industry needs greater transparency around the impact of investments on climate change. This is an issue that’s been brushed under the carpet for far too long.”

In raising the bar and setting new standards for the industry by launching the world’s first Net Zero Now pension, we hope that UK businesses will join us in helping to make a change by switching to our more climate-friendly pension and giving employees more control over how their pension is invested.

Cushon gives you the power to grow the financial wellbeing of your employees, contact us about our Net Zero Now offering.