Are pension funds ready to walk away from fossil fuels? | Cushon

Are pension funds ready to walk away from fossil fuels? 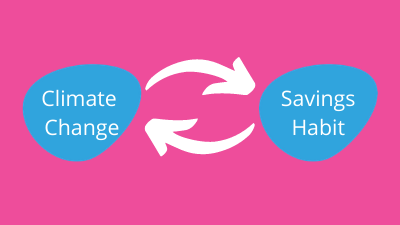 Recently, pensions minister Guy Opperman went on record that he thought pension funds should not abandon their shares in oil and fossil fuels[1]. In an interview with the Financial Times, he explained that he felt it was entirely appropriate for pension trustees to hold shares in such companies and that to remove any such funds would also remove a crucial part of the effort to tackle climate change. Instead, he felt that “a partnership between trustees, asset managers, and the companies” would be the best solution, “as these companies transform themselves into clean energy companies and find the solutions that we all need for net zero.”

At Cushon, while we don’t disagree with Guy Opperman’s sentiments, our angle is a little different. Firstly, we’re in favour of positive shareholder engagement that seeks to influence and support companies in transitioning to more sustainable business models. The mainstream fund managers we work with are all strong advocates of this approach - it’s what influenced our decision to select them in the first place. Adopting this strategy means that we can play a more active role in achieving improvements in the many areas we know our members care about, like gender equality and the associated pay gap, modern slavery in the value chain, water scarcity and plastics usage and protecting our planet for the future.

Climate change and pension investments are more closely linked than many of us realise – over 95% of people have no idea how much their pension is adding to the climate crisis[2]. When in fact, the average UK pension, through the companies it’s invested in, is helping to finance over 23 tonnes of carbon emissions every year.  This is over four times more than an individual’s carbon footprint. We’re raising awareness of this issue and believe that we must take immediate action to eradicate it, which formed a huge part of our decision to launch the first-ever Net Zero Now pension[3].

Opperman’s view, and one we agree with, is that to divest in oil and gas companies would be detrimental to any drive towards more climate-friendly energy sources. However, we need to be satisfied that the companies our pension invests in are taking their role seriously and taking the right steps forward.

There is also a difference between choosing whether to influence or disinvest from companies, and actively choosing to invest more new money into those companies. Cushon is a fast-moving start-up, so the latter decision is more relevant for us. Our willingness to invest new money in companies we may soon exclude is limited because we don't want to incur unnecessary transaction costs for our members.

The role of stewardship provision

Many pension schemes, even the very largest ones, use stewardship providers which support their members to club together on major votes to magnify the power of the smallest investors. And, whereas our approach is more nuanced, we will vote our shares in conjunction with other like-minded asset holders and vote with our feet where we feel that isn’t working. Our tech enables us to understand what our members' views on key issues are, like climate change, gender equality and water scarcity. We, and our asset managers, will take these views into account in our voting policy.

As it currently stands, we expect to remain invested in many companies that develop a convincing transition plan to achieve net zero and will use our engagement to encourage this. We recognise that getting to net zero can be a complex journey, and we don’t believe in immediate exclusion, rather that we will consider both strategies to make a positive change overall. We are prepared to engage on climate change with organisations in the short term to achieve significant CO2 reductions but will watch how they go about it closely. We would consider exclusion where we don’t see significant short-term reductions.

People really do care about where their pension pot is being invested but suffer from a lack of information. Our research shows that 69% of employees are worried that their company pension could be investing in businesses that are contributing to climate change and 62%  would engage more with their pension if they knew their money was making a positive impact on climate change[4]. We have also seen that women are more concerned about the knock-on effect of their investments, pensions and their respective carbon footprints than men,[5] and we’re encouraged to hear, and support COP 26’s communications director, Caroline Holtum, in stating that she wants ‘all countries stepping up their commitments to centre gender equality in climate action.’ [6] Climate change and gender are far from mutually exclusive, as research from The World Conservation Union has demonstrated[7] - but we all have a part to play.

Pension providers, governments, investors and regulators can all make substantial change happen if they have sufficient desire to do so. Employers, too, have an important role to play by choosing to partner with a more climate responsible pension provider. And ultimately, those with the most collective influence are the customers who choose whether or not to buy a company’s products. At Cushon, we believe that collective awareness and the actions of customers will bring about meaningful change. While Opperman was right in his comments that we must work together, in our eyes a timeline to achieve net zero in 10-30 years is simply not good enough. By launching the world’s first Net Zero Now pension, we have significantly raised the bar and set a new standard for the industry.