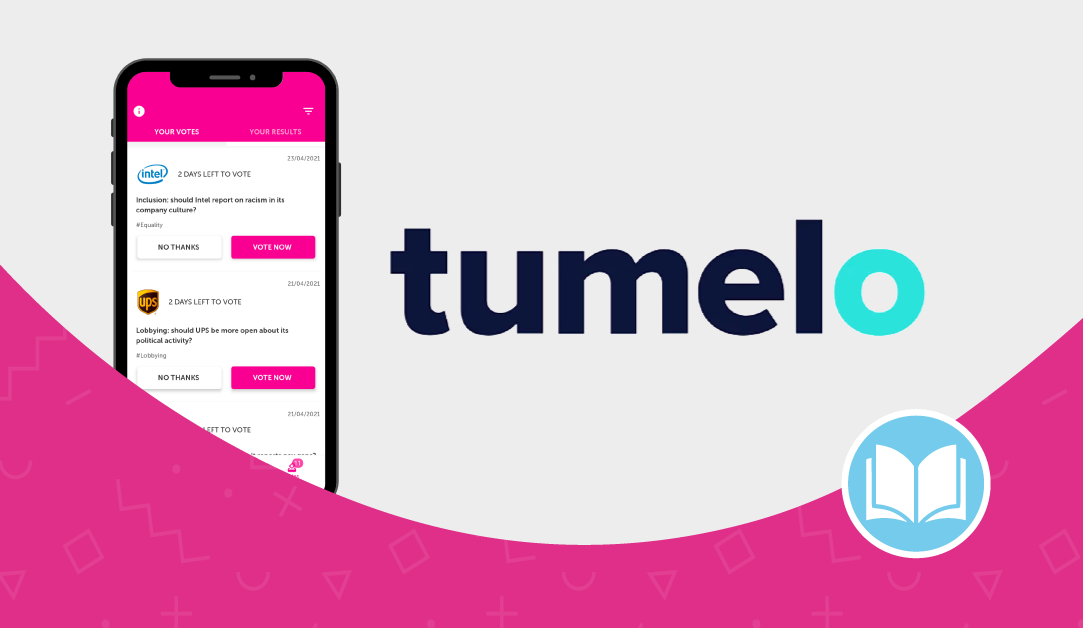 As a Cushon customer, you will soon receive a notification to update to a new, enhanced version of our app. As well as many other exciting updates, one substantial new feature is the integration with Tumelo’s Voting API, allowing you to ‘vote’ and have a say on key environmental, social and governance (ESG) resolutions taking place at the companies in which your money is invested.

Increasingly, we’ve seen that savers want a way of measuring whether their ISA and pension investments are doing good things or bad things for the environment and society – for example in areas such as climate change, gender equality, human rights or animal welfare. Cushon’s recent research showed that over 62% of pension members want a say on how companies their pension is invested in are run, with this figure increasing to 70% among under 25s. We heard you and our partnership with Tumelo addresses this need head on.

This brand-new feature gives savers, who are indirect shareholders in companies, the opportunity to ensure their investments reflect their values. Savers will be able to select ESG issues that matter most to them and the app will automatically monitor for votes related to those issues at AGMs. The app will send out alerts for up-and-coming shareholder proposals that relate to a saver’s specific interests, giving them a chance to have their say.

All vote preferences will be collated and fed to the fund manager (the person who manages these investments) who will then put the official (legal) vote forward on investors’ behalf at the AGM. The overall voting results are also shared with users once the vote is closed so people can see the difference their investments and fund manager votes are making.

Ben Pollard CEO of Cushon said: “A growing number of investors are starting to demand a more active role in their investments. They want good returns but not at the expense of the environment. And although our research shows massive demand amongst younger investors with seven in ten under 25s wanting a say in how businesses they invest in are run, it’s high across all age groups.”

“In particular, people are extremely concerned about climate change and other issues affecting the planet, and they want action. To help tackle this issue, we’ve recently launched the world’s first Net Zero Now pension and so allowing investors to have a say in wider ESG issues, including climate change, is a logical step forward for us. In partnership with Tumelo, we’ve been able to create an easy and engaging app-based solution.”

Georgia Stewart, CEO of Tumelo said: “We are delighted to partner with Cushon – a brand with values and mission that are very much aligned with those of Tumelo and offer Cushon’s customers a voice in how the businesses they invest in are run. Tumelo’s platform is changing the way people view and interact with their investments. It’s no longer just a matter of investment returns - people are starting to understand that their investments can be a powerful force for good and they can have a say, through their fund managers, in some of the key issues such as climate change, gender equality and human rights. Through partnerships with businesses like Cushon, we’re giving investors the opportunity to not only look after their own future but help build a better world for everyone.”

We are excited to launch this feature with Tumelo as we continually look for ways to build on our innovative user experience and tailor to the needs and values of our customers.

Cushon gives you the power to grow the financial wellbeing of your employees, contact us about our offering.