Are pensions still the 'golden handcuffs' they once were? | Cushon

Are pensions still the 'golden handcuffs' they once were? 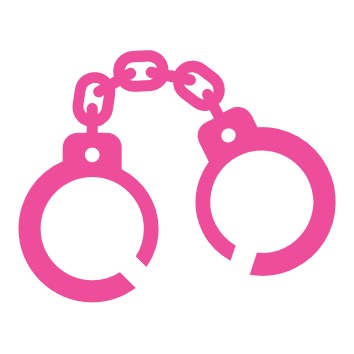 The surge in the number of employers introducing pension schemes post-war was simply a result of market conditions. There was a shortage of skilled workers and companies needed to offer more than just pay to attract and retain staff; and so, we saw the birth of ‘golden handcuffs’.

I refer to them as golden handcuffs because schemes were designed to only offer any real benefit when workers retired from the company offering the pension scheme. If you were an early leaver, you got minimal rights but if you stayed until retirement you were well looked after.

But with today’s average employee likely to change jobs every 5 years (2) and 43% of younger workers not planning to stay with their current employer for longer than 2 years (3), are pensions still a tool to attract and retain staff?

According to research conducted in 2018 the answer is definitely no. More than half of businesses surveyed believed that their pension scheme has no impact on their ability to attract or retain employees (4)!  If you look at the demographic breakdown of the research the age issue crops up again; only 6% of employees aged 34 and under were engaged in a meaningful way with their pension scheme.

Since 1950, the world of work has changed beyond recognition (not forgetting the concept of retirement which for most of us is now at best a transitional phase rather than a one-off event), but the basis of pensions hasn’t. Of course, over the years there’s been a plethora of tax and legislative changes and a massive move away from defined benefit schemes to defined contribution schemes. But the fundamentals have remained the same; a pension scheme provides a benefit at or from a specific age which, by the way, may or may not be at retirement!

To engage today’s workforce, employers need to stop thinking about pensions as a retention tool; auto enrolment has levelled the playing field and subsequently tarnished the golden handcuffs (and for the record I don’t think that increasing or improving member communication in anyway changes this position).

It’s not to say that pensions aren’t important or that they shouldn’t be part of the overall remuneration package, but employers must recognise that hygiene factors (which arguably pensions now are) don’t increase engagement levels but they can disengage if they’re below par or indeed absent.

Conditions in the 1950’s demanded company pension schemes, today’s economic conditions demand a workplace savings scheme of which a pension scheme is only part. Of course, just like our parents and grandparents, financial security in retirement is important but there are prior life events that are more pressing today; like buying a first home. Provide support with these as well and engagement levels will rise.

A workplace savings scheme incorporates other savings vehicles such as an ISA. Employer and employee contributions (if auto enrolment has been complied with) can be split between the pension scheme and the ISA thereby creating a working life scheme, not just an end of working life scheme.

Financial wellbeing is now a big topic; it needs a workplace savings scheme to bring it to life.

(4) Joint research by the CBI and Aegon